Our diet is associated with high environmental impacts. On behalf of WWF-Germany, corsus has calculated the environmental impact of the diet in Germany. In addition to the current diet, three scenarios were analysed. All were based on the recommendations for a diet for a healthy planet (Planetary Health Diet) of the Eat-Lancet Commission. The basis for the calculation of the environmental impact is the food consumed by a person on average per year. In the current diet this is based on statistical data. A basket of foods was created for each of the three scenarios: a flexitarian diet, a vegetarian diet and a vegan diet.

It is clear that our current shopping basket contains too many kilocalories (kcal). According to the recommendations of the Eat Lancet Commission, an average of 2,500 kcal per day should be consumed. However, our current average shopping cart contains 2,675 kcal per day.

For a diet that is healthy for us and our planet, we would have to eat less meat and more vegetables and legumes. At one-third, the proportion of animal products in our shopping basket is clearly too high, especially the proportion of meat.

The study has been published (in German only) in three parts.

The results of the first part of the study show that the animal products in our food shopping basket cause two-thirds of the climate-relevant emissions. This is despite the fact that they only account for one-third of the basket. In terms of land use, this is even clearer: three quarters of the land is occupied for the production of animal foods.

Fewer animal products and a corresponding increase in the proportion of vegetables and legumes in our diet would save almost a quarter of greenhouse gas emissions. The land footprint could be reduced by about one-fifth. Eliminating meat would produce 40 percent fewer greenhouse gas emissions and reduce the land footprint by nearly half. The vegan basket reduces the contribution to climate change as well as land use by another couple of percent each.

The results of the second part of the study show that plant products perform better in terms of climate and land use. However, when looking at water consumption and water scarcity footprint, they perform much worse than animal products. 82% of water consumption for irrigation is due to plant products. Accordingly, consumption increases for flexitarian, vegetarian, and vegan diets. This is assuming that the same foods, countries of origin and production methods are used. There is a clear need for action here, because the high water consumption is largely due to the cultivation of a few products: about one third is accounted for by citrus fruits and rice alone.

However, the climatic developments of the last few years and the accompanying droughts and extreme weather events may strongly influence these results.

Biodiversity footprint (left) and land footprint of food in Germany in comparison. 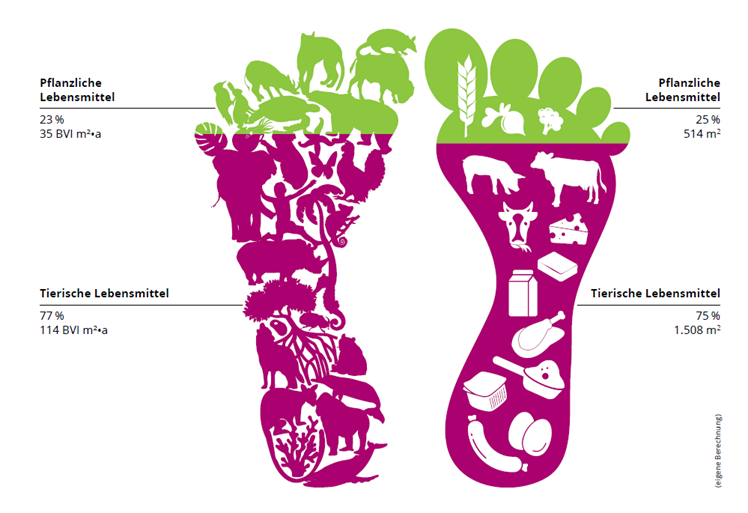 In the third part of the study, the results of the impact of food in Germany on biodiversity were determined for the first time. It is only in the last few years that methods have been available for estimating the impact on biodiversity caused by products and services within the framework of a life cycle assessment. In the context of the study for WWF, the impact assessment method of Lindner et al. (2019) was used. The method assesses the quality of the land used for food production and compares it to the quality of the natural vegetation originally present on the land. This results in a quality difference – the biodiversity value increment (BVI).

The high impact of animal foods is mainly due to the biodiversity impact of soybean cultivation, which accounts for by far the largest share of the biodiversity footprint (29 percent), followed by wheat (15 percent) and corn (12 percent). The impact due to soybean cultivation is significantly higher than land use would suggest and about twice that of wheat (15 percent), although land use by soybean is actually slightly lower. This is mainly explained by the fact that the ecoregions where soy is grown (e.g., the Cerrado in Brazil) are considered more ecologically valuable than the ecoregions where wheat is grown (e.g., the mixed forests in Europe).

Biodiversity impacts could be significantly reduced if we were to implement the recommendations for what is known as a Planetary Health Diet. A flexitarian diet could reduce the biodiversity footprint by 18 percent, a vegetarian diet by as much as 46 percent, and a vegan diet by 49 percent.

The greatest biodiversity impacts from our current diets are caused in Europe, South America and the United States. For all diets, the highest impacts are in Germany, even though the ecoregion factors of the ecosystems found here are relatively low. This is explained by the fact that by far the largest proportion of land used to produce the food we demand is in Germany. 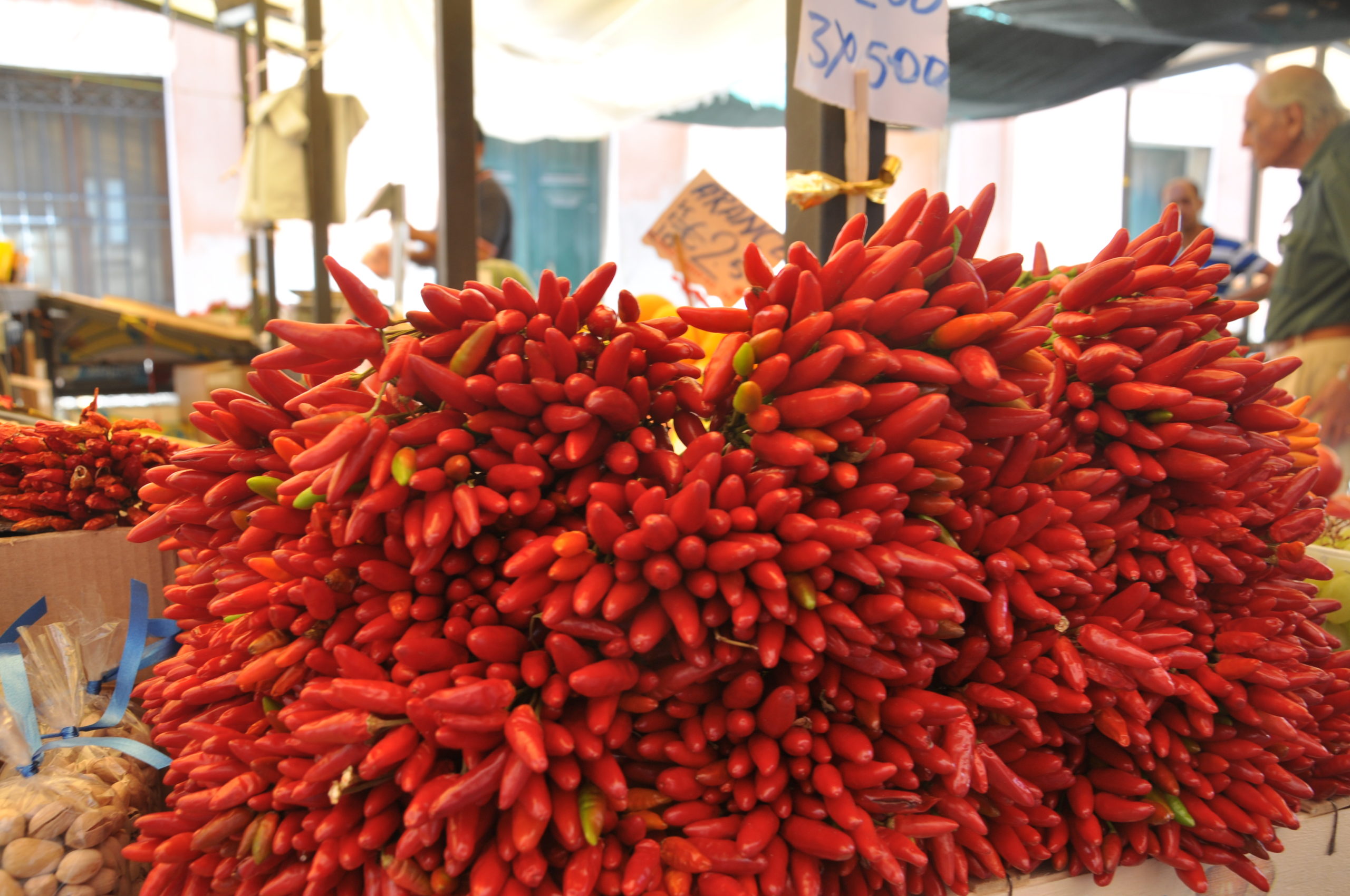